The sound of vibrating surfaces

Recently, I watched an old family video that we recorded when we were on holidays in the Mediterranean. To my surprise, the only sound I heard was the unpleasant noise of insects that appear in huge numbers in this area. It does not matter how hard I tried every year to see one, they are just too well camouflaged, even though I always had the feeling to have one right in front of my eyes. For this article, I have decided to research a bit about what makes it possible for such a small insect to be so loud.

First of all, these insects are called cicadas (Cicadodiea). They are related to other jumping bugs, like leafhoppers and froghoppers. Cicadas are known as the loudest organisms among insects, producing sounds up to 120 dB (take the ambulance siren for a comparison!) [1]. If a cicada would be singing next to your ears, this could cause a permanent hearing loss. Only male cicadas are so loud, trying to impress one among the thousand females with their high frequency song.

Sound production by a vibrating surface

Some singing insects, like crickets for example, produce their sound via stridulation – rubbing together certain body parts. Such sound is a result of friction. But cicadas use another strategy; they generate sounds by a pair of tymbals, which are relatively small stiff membranes inside their body. The drumlike tymbals are structures of the exoskeleton formed into complex membranes with thin membranes and thickened ribs [2]. One contraction and relaxation of internal muscles produces a click that spreads further into a larger hollow abdomen, which acts like a sound box. Imagine it as a guitar where the vibration of a string resonates and amplifies in a guitar’s body. In the cicada’s case, the tymbals could be imagined as a drum’s membrane and the abdomen as a cylinder beneath. By rapidly vibrating these membranes, clicks are transformed in a continuous sound which is then amplified in the resonance chambers. The tymbals contract 300-400 times per second to create the cicada’s song.

Physics of sound – How do vibrations make sound?

A sound wave is a transfer of energy away from a vibrating source [3]. Sound waves are formed when a vibrating object causes a surrounding medium (solid, liquid, gas) to vibrate. As a sound wave travels through a medium the particles vibrate forwards and backwards (Fig. 1). 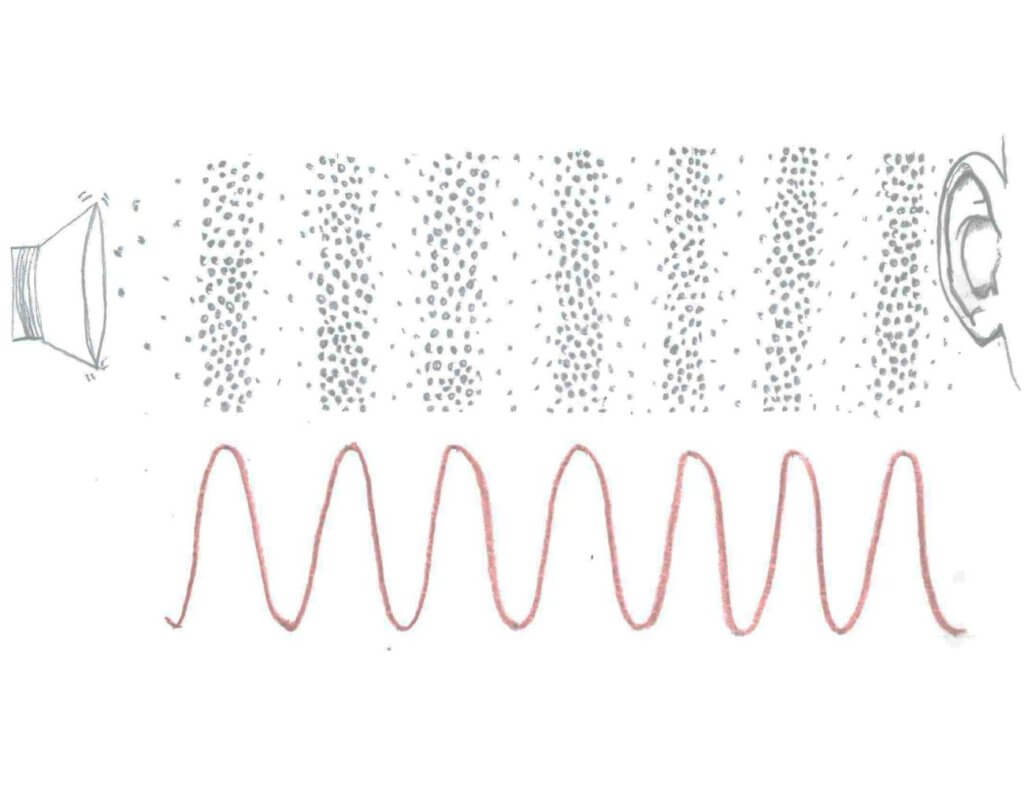 Figure 1: Vibrating membrane in the microphone creates a sound wave (energy transfer through air molecules) that reaches our brain.

As an object vibrates in the air, the air molecules around it will be moved forth and back, depending on the frequency. This does not cause the air molecules to move across the space, they  transfer the energy recently absorbed to the next molecule around (the so called pressure wave). It is the energy that moves through the medium [3].

The vibrations propagating through the air are not yet called sound. The sound happens only when the sound wave enters the ear (or possibly another mechanoreceptor) and is changed into nerve signals, which are interpreted by the brain into a meaningful signal. The more energy put into making a sound wave, the louder the volume will be [3].

For me it is always very exciting to compare natural inventions with our modern technology – which are the differences in materials used, process of manufacturing, performance efficiency, mono-/ multi-functionality, etc. For today’s topic I chose headphones.

To start, check this video on how the headphones work and you will already recognize some similarities with cicada’s audio system.

The vibrating diaphragm corresponds the cicada’s tymbal, the difference is that the first one is oscillating due to electrical current while the other one by muscle contraction. For both cases it holds true that the energy from vibrations is afterwards transferred to the surrounding air (read sound waves) which are then receipted by our ears and interpreted by the brain.

At the end, I would like to point out that there are probably many other different systems in our technology that also exist in nature, but were developed completely independently. Cicadas exist since Permian – a geological period that started 299 million years ago. Headphones exist not more than 100 years but were not inspired by the bug’s singing mechanism. Such inventions are not biomimetic, but they could actually be, if the phenomenon of vibrating surfaces would firstly be observed on them.


Biomimetics and Sustainability: the example of self-cleaning surfaces

Why is it itchy? A second skin, wool and other fabrics