Dear readers, we are starting a new theme session, which will be dedicated to  “energy storage”. Our focus will be on presenting different strategies in living organisms that nature developed in order to store energy. Types of energy, their purpose and working mechanisms are topics you can expect to read about in the next weeks, based on some interesting examples.

Firstly, I will resume some very basic physical laws about energy. Energy is the property of an object to perform work or to heat it. It can be transformed from one form to another but cannot be created or destroyed. The international unit is the Joule (J). Common forms are mechanical, potential, elastic, chemical, radiant and thermal energy.

Why is energy needed?

Energy  enables natural processes to run on different levels – from atomic to universal scale. Living organisms require energy principally to stay alive and they get it by taking up food/ nutrients. The whole civilization gets the energy it needs from sources like fossil fuels, nuclear fuel or renewable energy. Earth’s climatic and ecological processes are driven by the radiant energy received from the sun and the geothermal energy from the Earth’s interior.

Life would be easy, if the energy we need would continuously be available. Since this is not the case, some kind of energy storage is required. This means that the energy is captured in different forms for a later use. Some forms provide short-term storage while others can endure for much longer. And exactly these facts are the point of interest for Biomimetics. How nature deals with the challenge of energy storage and what are possible inspirations for technological development.

For many animals, finding food continuously is not possible, therefore the only strategy (besides storing the food itself) is to eat whenever the food is available and store is as fat inside the body. Hibernating animals must enlarge their adipose tissue before winter in order to survive without eating. Similarly, green photosynthetic plants growing in hot regions, or those who drop their leaves and become dormant, also need to have stored food to maintain their lifecycle. Without some nutrient reserves inside, a leafless plant would not even be able to produce new leaves and would simply die.

Humans and animals store energy mainly as fat in adipose tissues within the body. Energy from fats (triglycerides) is obtained by breaking the covalent bonds during the degradation process where many ATP molecules are formed (ATP = adenosine triphosphate, a molecule responsible for intracellular energy transfer). A smaller amount is stored as glucose and glycogen in blood, muscles and livers but that is only enough for a few hours of physical activity. Plants, on the other hand, store starch instead. Why this difference? There are two main reasons – mobility and stability. The energy storing molecule should not be too heavy and must be stable for a longer period within the plant/ animal’s body. Because animals are moving, is fat a perfect storage tissue. One unit of fat stores much more energy than one unit of carbohydrate or protein [1]. Plants do not move so weight saving is not a necessity. The heavier starch molecule is more stable than the lighter fat molecule, which enable the plants to store starch over years or decades. Fat would become moldy if exposed to oxygen, so it is useless for plants. Well, not completely useless – seeds contain quite some quantities of oils but they are relatively small compared to the plant. 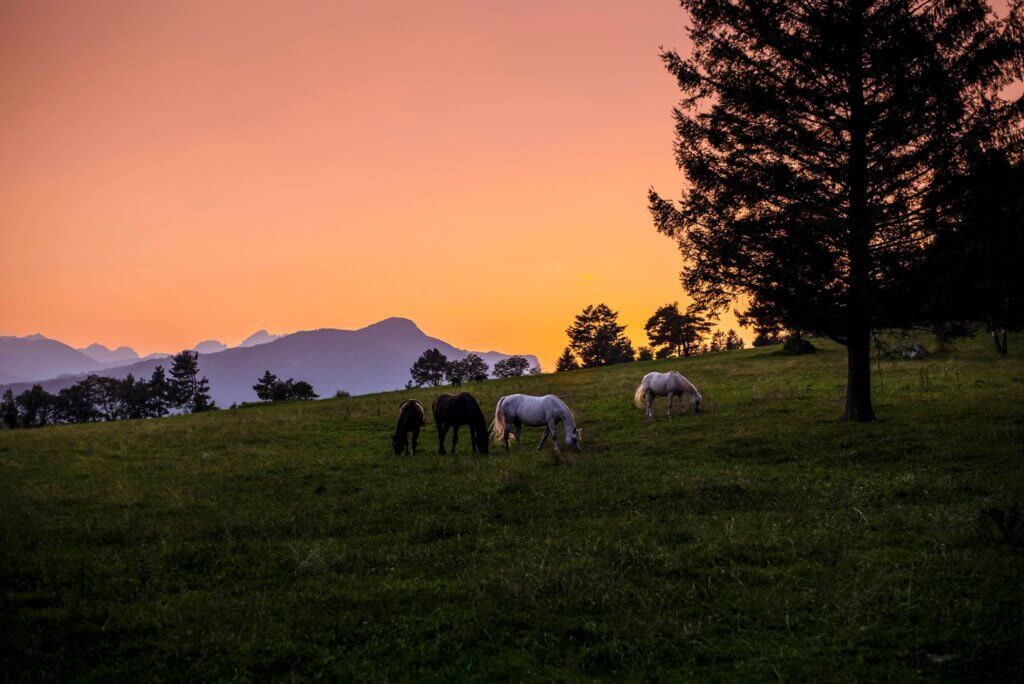 As mentioned before, with the work of muscles fuelled by food, animals can move around. But this is not the only way. Nature developed different systems in order to exploit energy transfer for several purposes – jumping, accelerating, feeding, etc. Maybe the most known example is a hopping kangaroo, which conserves energy by using elastic mechanism in its tendons. When a force is applied to a tendon/ string, it bends and stores energy in the form of elastic strain energy. And when it recoils after the force has been released, this energy is released as well. Therefore, a kangaroo is more efficient by jumping as running, since it consumes less energy that way.

Skeletal systems with tendons can act as power amplifiers, too, by storing energy gradually and releasing it rapidly. The process of amplification begins when a muscle contracts steadily, storing elastic strain energy in the tendon. Once the energy is completely stored, the tendon releases it in a very short time span, which increases the power significantly. Nice examples are flees – being able to leap a distance of some 50 times their body length. Or a click beetle, jumping up high even without legs. Further examples are chameleon’s tongue, frog’s legs…..all using stored elastic energy for acceleration.

But not to forget plants! I mentioned in the previous section that plants do not move in the sense of changing locations. Plants themselves not, but their seeds do. It is impressive to investigate all kinds of seed spreading techniques that nature developed, but my focus is more on using the stored energy for this purpose. One of them will be presented in the following weeks – the popping see pods. They use their internal pressure in order to contract and generate tension required for the explosion. But more about that soon.

Energy storage is a wide topic. In the upcoming articles we hope to give you an insight into naturals mechanisms which you may not know so far. Therefore, follow us on BlogIONIK!


7 things you always wanted to know about: Trees