Welcome back readers. Hope all of you had a great summer vacation. We start with a new theme ‘Electricity’. We humans are very familiar with the term electricity, because we are surrounded by it. Electricity is powering most of our technology from our cell phones, computers, lights, soldering irons, and so on to basic amenities like cooking and climate control. The more our technology is advancing, the more we get dependent on electricity. We could try to escape, but it’s at work all throughout nature as well, from the lighting in a thunderstorm to neural synapses in our own body.

Electricity is defined as the flow of electric charge. Its best-known form is the flow of electrons through conductors such as copper wires. It occurs in positive and negative forms and can be found in lightning or produced using a generator.

However is it that simple? In reality, there is no definitive definition of electricity, but just abstract representations of how electricity interacts with its surroundings. Let’s take a look at electromagnetism, this was considered a separate  phenomenon until development of Maxwell’s equations. Now they are recognized as a single phenomenon, among others like lightning, static electricity, electric discharges and many others[1].

Electricity today and its challenges:

Two of the biggest problems we face today are storage and transportation of electricity. It is not feasible with the current transportation and storage methods to facilitate electricity everywhere on Earth and available all the time. Due to financial and geographical constrains it is impossible to use the same techniques all around the world. That does not mean all hope is lost?  Just two decades ago the lithium-ion battery was commercially released. Since its release it has taken the world of personal electronics to a next level. After initially being used in portable music players and camcorders, the lithium-ion battery has found its way into everyday products like laptops, tablets and mobile phones technologies that have permanently changed how our society works[1].

Where can we find Electricity in nature:

Contrary to popular belief, electricity is not just found in power lines and electronics made by man, but also exists abundantly in nature. Electricity is produced and stored in nature in many forms. One of the most common and well known examples in nature is electric eels, they produce enough electricity to power a dozen 40-watt lightbulbs. Their electricity storage mechanism is one of the most interesting and sort after. The topic of electric eels will be covered in the coming weeks by our colleague Anja.

Our bodies rely on electric signals every time we move a muscle, our brain sends an electrical signal to our muscles prompting them to move. In essence, our bodies are a complex network of nerves (modern day equivalent of cables) which control every movement of our body using electric signals.

Electroreception in sharks and catfish:

Visibility under water is a scarcity, but how come sharks are one of the best know predators when they cannot see their prey? Aquatic animals like sharks, lampreys, and catfishes use electricity for electroreception. They generate electric fields around them and use it to navigate and detect objects around them. It could be related to having the ability to see in the dark. The electrical pulses generated by aquatic animals due to the activity of their nerves and muscles are picked up by the special pores around the shark’s face, serving as active homing devices[2]. This helps the sharks find its prey even if its buried and the salty water serves as a great conducting medium for these electrical pulses.

Mormyrid fish use electric pulses to communicate with each other. They rely on the wave form of their electric organ discharge (EOD). They use these EODs for exchanging information on species, sex, and social status[3]. On the other hand, they communicate their rapidly changing mood/behavioral states and motivation using the sequences of the electric pulse intervals (SPI) from their EOD[3]. Another important point to mention is that many fish such as sharks, rays and catfishes are not classified as electric fish. As they are electro receptive meaning they can detect electric fields, but cannot produce electricity. 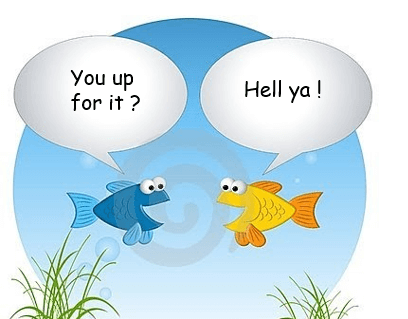 Hope this gives an overview on how nature uses electricity and in the coming weeks some of the above mentioned topics will be elaborated in detail. To conclude, nature employs electricity in numerous purposes and the concepts. The methods and techniques used in nature serve as an inspiration for optimizing/solving many of our modern day systems. One of the major differences in my opinion on how nature handles electricity in contrast to us humans is the usability. To elaborate, an electric ray uses thousands of flat disk shaped cells for Bioelectrogenesis (electricity generation by living organisms). This method of electricity storage could inspire many storage systems for our modern day systems which in contrast are relatively bulky. An existing example of a similar storage system can be seen in Tesla cars. Tesla’s storage systems employ hundreds of small batteries stacked in layers to power their hyper cars. This nature of technology could potential change the way we handle electric storage.