Last week my colleague Jan was writing about sensors. Today I would like to relate to that topic and discuss communication in nature. How do organisms communicate? Human beings for instance rely on verbal communication along with many other channels like hand gestures, behavior, facial expressions etc. Other animals are also using several different methods and combinations for communication. Though we human beings have developed writing and electronic media, we still often fail to accurately interpret what the other wants to say. Animals communicate to convey messages, to express their mood, mating status and to assert territorial ownership among many other reasons. Different modes of animal communication are both interesting and also could teach us a thing or two. In this article I will discuss a few examples for communication in nature which I find particularly fascinating.

Animal communication is referred to when “…the action of or cue given by one organism [the sender] is perceived by and thus alters the probability pattern of behavior in another organism [the receiver] in a fashion adaptive to either one both of the participants” (Wilson 1975). Acoustic communication is quite abundant in nature, animals use sound because it can be easily adapted and varied with minimal effort. It is commonly seen in birds which sing to communicate or whales and bats who use echolocation for both communication and navigation. Refer link” How bats echolocate ?”. Birds use different frequencies, duration and amplitude to convey information. Not only does this information benefit the sender and receiver, but sometimes also a predator (shown in figure 1) like male tungara frogs who uses acoustic signals to attract females. This call for mating is picked up by fringe-lipped bats which use this information to the locate the prey (Ryan et al. 1982). 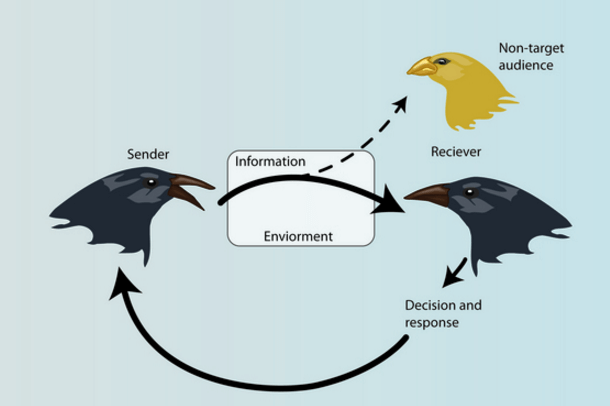 Chemical communication is also quite common in nature. For example, males of Elaphus maximus (Asian elephant), uses chemical cues inthe females urine and to detect if they are sexually receptive (using the vomeronasal organ) (Rasmussen et al. 1982). Pheromones are chemical signals used by ants to communicate with each other. The pheromone trail produced by an ant can be used by the entire colony to guide them to the food source. You can go to nearby woods to test this yourself. When you place your hands on an anthill and then smell your hands your will notice the sharp intense smell that is nothing but the pheromones released by the ants. I made an interesting experience today with an ant colony, we tried to place the ants a bit further from the colony and they found their way back to it. If out a big distance away from the colony, the ants went in a random direction which could be due to the ant trying to find a pheromone trail or to find a source of food or colony. Either way it was not feasible to wait for the ant to walk 100 meters so we brought it back to the colony. 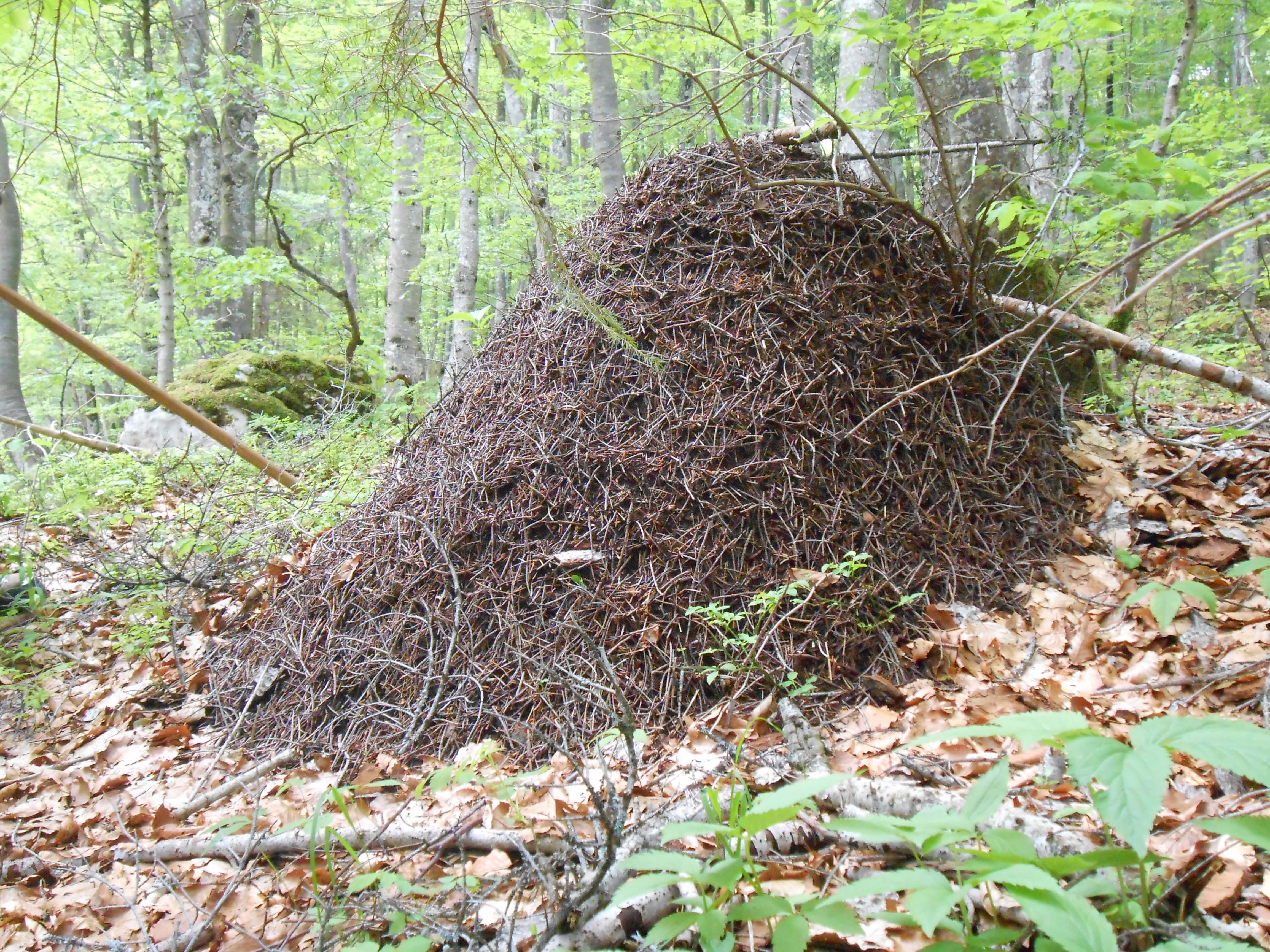 Another interesting way of communication in nature is tactical communication. It is common among insects with poor visual and sounds perception. The male taps on either side of the females body in Blister beetles and the female responds by lifting her wing covers and allowing him to climb on her back. The most well know form of tactical communication is the bee dance. Bees dance in dark spaces on vertical walls and their moves are a way of communicating to the other bees. The information is coded in the dance moves, which contain the information about the  availability of food and the distance of the food source from the hive. The round dance of the bees implies that the food source is close to the hive (usually 80 feet) (John R. Meyer 2006). For greater distances the waggle dance is used- it is a figure eight with many abdominal movements (John R. Meyer 2006) shown in figure 2.

The beetles from the family Gyrinidae use ripples on water surface to communicate and monitor the others around. Thanks to this technique they swim around without bumping into each other while monitoring the presence of a prey or a predator (John R. Meyer 2006).

Such tactical communication can be seen in water striders. They stand up their long/thin legs to sent waves along the surface. The nerve sensors in each leg enable them to detect slight wave.

Many of the above techniques are being developed or are already available in the market. Echolocation is used in many applications like under water communication, sensor to facilitate blind people to detect any obstacle or to detect cracks in solid structures.  Though we humans are far from using pheromones and dance communication, nature shows us the simplest of communications methods which serve their purpose effectively.

If you happen to be fasinated towards any mode of communication in nature, please do share with us.