The unbelievable fact that frogs can survive the freezing of their own body led me to writing this article in the theme session of ice. Frogs are cold-blooded organisms and their body temperature conforms with their immediate surrounding. This feature would normally prevent habitations of cold climate due to the risk of lethal freezing. Nevertheless, there are many species that survive in such places because they can spend winter in frost-free hibernacula (e.g. snakes, turtles). Moreover, scientists have revealed that many organisms can even survive freezing of their internal body fluids to temperatures as low as -16°C in winter (e.g. the wood frog, Rana sylvatica, Fig. 2)! [1] 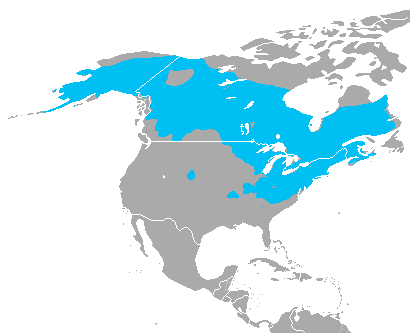 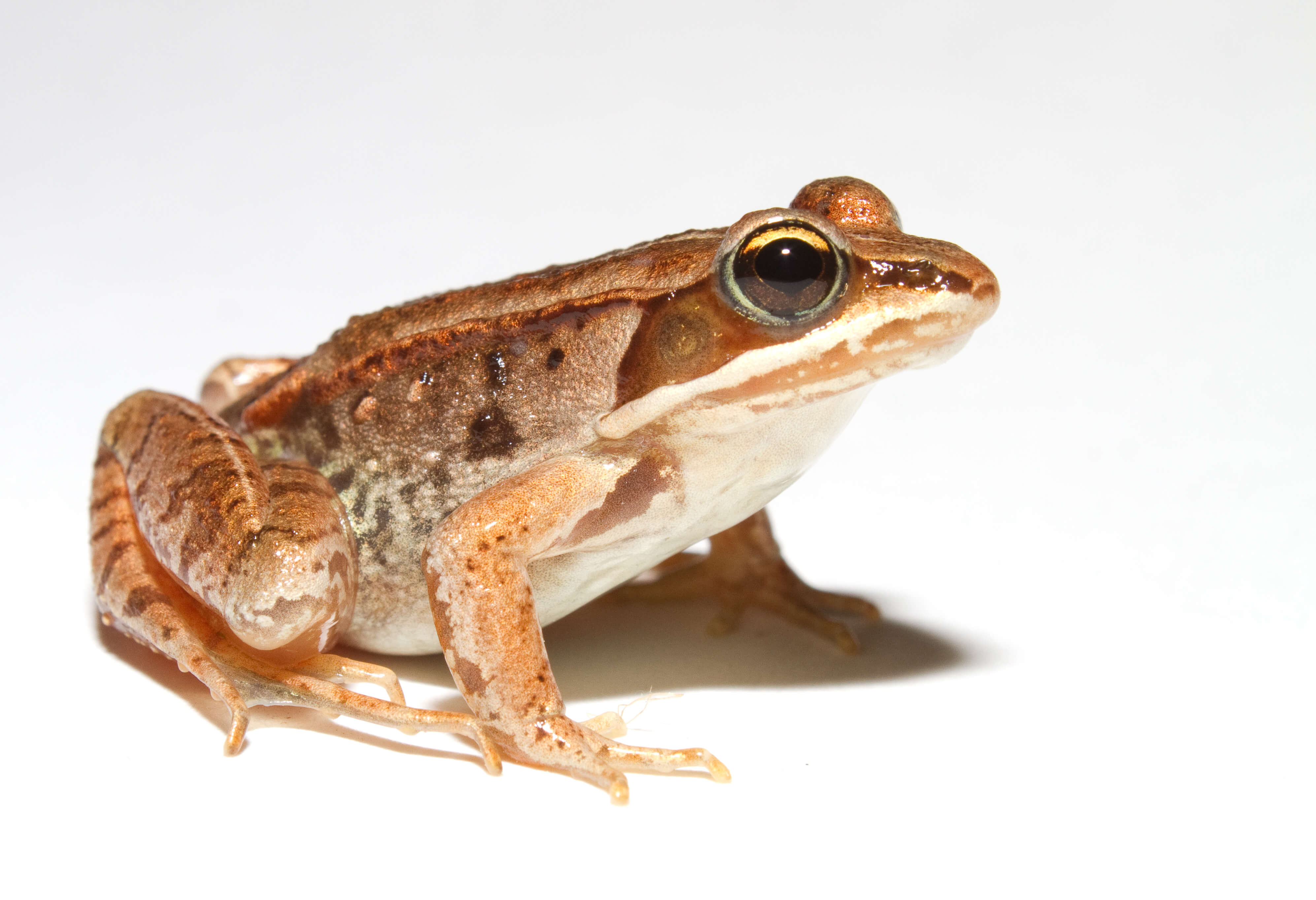 What happens inside the frog’s body during hibernation?

For easier understanding of the cellular processes during freezing, take a look at the figure below. When temperatures get low enough, the fluid around the cells freezes. This means an increase of solute concentration since there is less free water available. At this moment, the law of osmosis applies, which draws the water from within the cell to the outer space (the principle of osmosis says that the concentration of a solute should be the same on both sides of the membrane).

But the loss of water is harmful for cells. Therefore, frogs have developed ways to prevent further formation of ice. The so-called antifreeze proteins (AFP) bind to the surface of the ice crystals outside the cells and limit further crystal growth. At the same time, compounds called cryoprotectants (such as glucose, glycerol and urea) flow through the aquaporins inside the cell to increase the solute concentration and prevent a harmful outflow of water [2].

This practically means, when you load your blood with solutes, whether it’s glucose, urea, glycerol or something else, you lower the blood’s freezing point. At any given temperature you reduce the amount of ice that forms. A very common example is salty water, which requires much lower temperatures in order to freeze. This is also the reason why we spread salt on the roads in winter when it snows – to lower the freezing point. 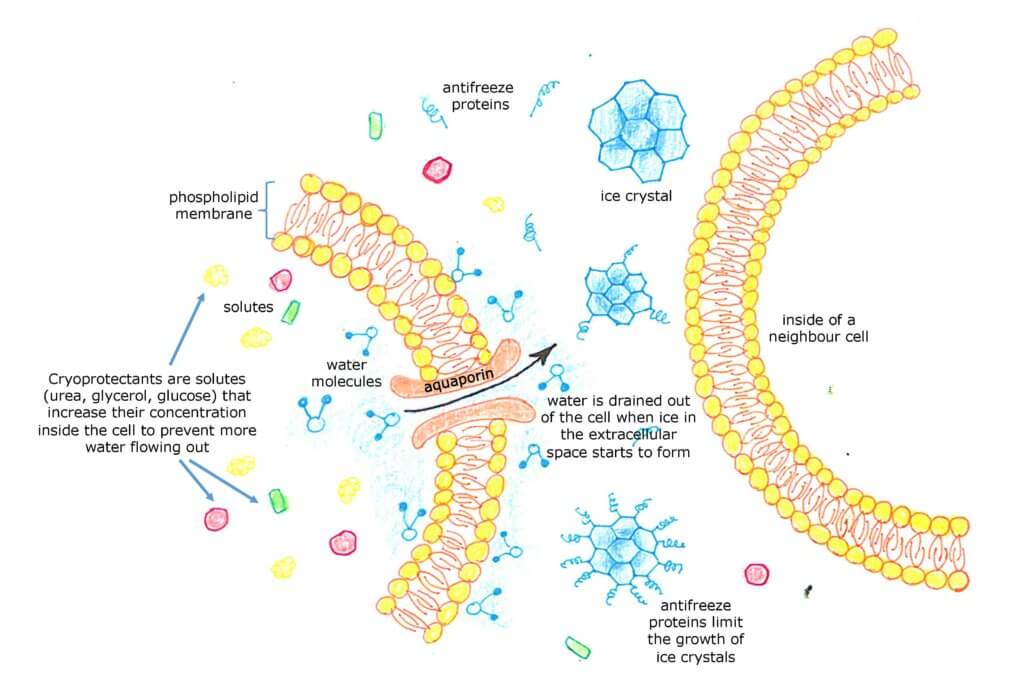 The big need for glucose and stockpiling of urea

How is it possible to constantly provide glucose to the cells, if the frogs are not eating anything during several months? Scientists found out that the tree frogs living in cold regions, like Alaska, can have enlarged liver, which account 22% of their total body mass. In comparison to other frogs living in a climate with lowest temperature of about -5%, their liver represents only 8% of the body mass [1]. To produce glycogen in the liver, frogs cut down their body fat and skeletal muscles. In the same study, the research group found out that the muscle mass was reduced by 27% [1]. The large quantities of glycogen stored in liver serve later on as the source for the glucose. When the freezing starts, glycogen is converted into glucose via glycogenolysis.

In combination with another solute, urea, glucose forms a natural antifreeze in the plasma [1]. During hibernation, frogs barely urinate and urea is reabsorbed into their system, peaking at levels 50 times those seen in summer [3]. The body normally eliminates urea because it can be dangerous at high concentrations – it can rip up cellular components. But the levels in the frog do not seem to be high enough to mangle the animal. Instead, this waste product becomes very useful.

Coming back to life

When the temperature rises, the signs of life start to appear. A few hours after thawing frogs are already searching for their mate and food. Each winter frogs are exposed to a definite risk of freezing and they only have a chance to survive, if no more than 65% of their body liquids freeze.

In the human world, we are nowadays able to freeze sperm or eggs and use it years later without any consequence. But modern medicine is still facing problems to preserve tissues or complex organs for more than 2 hours before being transplanted. Cryobiology is a science that studies the effect of low temperatures on living things (tissues, organs, etc.) and scientists argue that somewhere in nature lies the answer on prolonging the “shelf life” of human organs. A comprehensive review on the existing studies from this field, you can find here.

What to learn from nature?

Organisms of all types (plants, animals, fungi and bacteria) have developed ways to combat the deadly growth of crystals. Some of them pack their cells with small antifreeze compounds like sugars, urea or glycerol. But in cases where extra help is needed, cells make specialised antifreeze proteins to protect themselves as the temperature drops. These organisms possess tricks to survive freezing, called freeze tolerance. Others lower their internal freezing temperature so they do not freeze at all, called freeze avoidance. However, cooling a tissue that is not adapted to tolerate or avoid freezing is a whole different story. If there is something that holds true, it is that there is no single way to freeze an organism. Maybe that is what we should learn.


Secrets of Ice and what we can learn from it