Theme Session: Salt (and the History of Shakers) 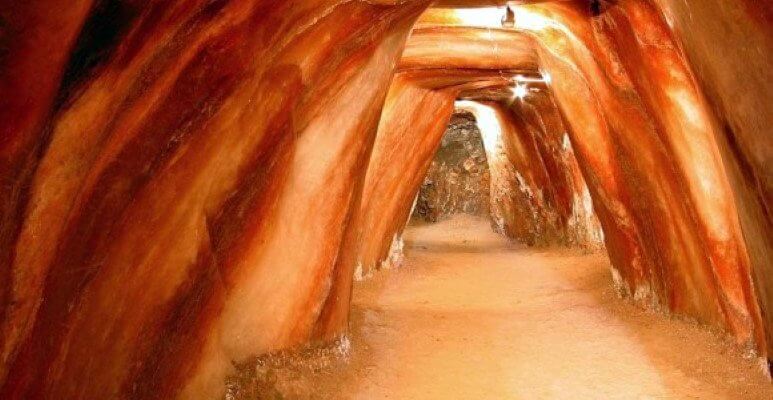 It is time for me, again, to give you an introduction to one of our theme session. In the following weeks, you can read articles about salt. To take a look at our previous theme session just click here.

The basic Definition of Salts

When we talk about salt, we usually think of the classical table salt (sodium chloride, NaCl). From a chemical point of view, all chemical compounds with ionic bonding, which consist of cations (positive charged ions) and anions (negative charged ions) and have an electrically neutral charge, are salts. NaCl for example consist of Na+ (cations, inorganic) and Cl- (anions, inorganic). Organic compounds are possible, too.

A shot into the History of (Table) Salt

Salt exists on earth since the planet started to chill and the first rain began to fall. This is also the reason why all of our salt has its origin in the primeval ocean. You may ask how the salt stocks got below ground. Imagine the primeval ocean, how the world is still in development. A small part of the ocean got separated. There is no rain anymore. The water evaporates and all the salts and other compounds slowly precipitate to the ground. First the chalk (calcium carbonate), then gypsum (calcium sulfate dihydrate) and later sodium chloride. Every year, the layers grew several centimeters till no water was left. Now, the erosion can do its work. Erosion created free material, which got transported via wind and water. The sedimentation used the sand and clay to bury the huge salt layers under it. Then, the big pressure of this hundreds of meter high sediments formed our well-known rock salt stocks. [1]

I wonder to myself, how we got this topic. We cannot make a top down or bottom analysis based on a straight chemical compound. What we can do is to figure out how nature is using salt to solve some specific problems. For example, …

You know about the factum that in general fishes can live in fresh water or in salt water. Usually a specific fish needs a specific environment to live, but there are some species which can live in in salt and fresh water. How is that even possible? This question gets an answer in Anja’s article about “Osmoregulation”.

Another topic, which is highly discussed here in Europe, is the nuclear power exit by Germany. After the catastrophe of Fukushima, the German government decided, that in the next years all nuclear power plants will be shut down. Since then the renewable energies where highly supported. This is a development which I highly appreciate. Nevertheless, I will try to pick up a specific and considered as save nuclear power concept. This construction concept is highly depended on salt and its thermal properties. You can expect the article at the end of the month.

To close this overview about our new topic, I will give you another small anecdote about the history of the first German biomimetic patent.

This story is a classic top down approach and began with the task of an evenly spread of “microorganism”. The inventor from Munich, the biologist, Raoul Heinrich Francé, tested several approaches to reach his goal. All were not really desirable, because they did not spread evenly. So, he took a look at nature and found the poppy plant. Of course, he investigated especially the poppy seed capsule and figured it out. I think it is not necessary to explain how it exactly works, because the following picture makes it very obvious to everyone.

This was the first biomimetic patent in Germany, in the year 1920. [2]

For some obvious reasons, people think, that this could be our well-known salt and pepper shaker. But what is the point of a salt shaker? You want your salt at the point where you aim for and not spread evenly (over your kitchen table).

The biggest problem with handling salt was not a missing shaker. It was the humidity, which led to clumpy salt (hygroscopy). This problem was solved some years ago in 1911 by the American salt producer Morton-salt via the introduction of adherents like (surprise!) calcium carbonate (chalk). [3]

How is this connected?

The problem is the following: The first patents for salt shakers where registered between 1890 and 1900. The invention of Morton-salt was responsible for the real market introduction of those shakers.

I hope you enjoyed this little piece of history.