A Floating Turbine – Article Series Part I: The Flight of Albatross – Paper Overview 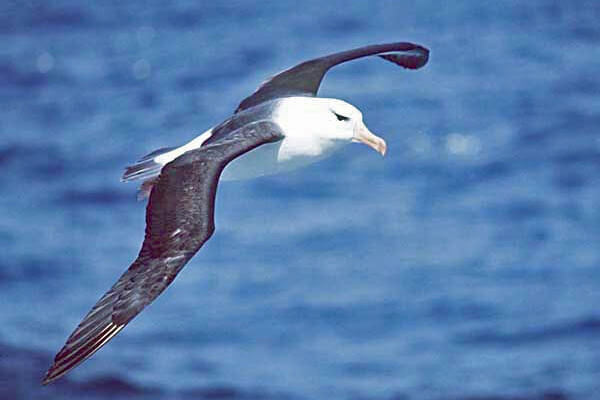 Today I’d like to introduce my first Biomimetic project to you. It is about a floating turbine, which could be used to generate electrical energy while swimming in a river or other streams. I’ll follow my own pathway that I used several years ago, with the exception that some sources are now available for everyone. The series of articles will consist of three parts:

Part I: The Flight of Albatross – Paper Overview

I hope you’ll enjoy the small trip over the weeks and get something out of it. Maybe you find something in addition to improve the concept or you get another idea. If that’s the case, feel free to share your ideas or get in contact with us/me.

And now here we go: Part I

In the 1st semester of my studies, I read a lot in our university library, especially the master theses of the previous Biomimetics students. There were many really interesting theses, from optimization of solar collectors, to a work about gravitation water vortex power plants. Furthermore there was a thesis about the flight of albatross. It is about a big bird probably with the largest wingspans of any extant birds (3,7 m).

The thesis was written by Günther Pfeifhofer, who shared a link to his paper, which he wrote with Helmut Tributsch (maybe you’ll hear more about Helmut Tributsch soon, an interview is  planned). Both authors are still directly connected to the master course in Villach where they give lectures in experimental Biomimetics (Pfeifhofer) and Biomimetics in Energy Sytems (Tributsch).

The albatross (Diomedea exulans) is the central point in the paper “The Flight of Albatross – How to Transform It into Aerodynamic Engineering?” There is no discussion about the bird itself, so a classic Wikipedia search will give you an idea about this animal.

What is discussed in the paper? Of course the flight and that’s the point where the things get interesting. The thesis/paper explains how the albatross can fly “seemingly effortless without flapping the wings” over weeks without returning back to land. For that I’ll share a link to a video of the IEEE Spectrum, which explains the whole mechanics better than a bunch of words.

You know now how the albatross uses its wings and flight patterns to convert kinetic energy into potential energy. But why hold on with that knowledge? The true Biomimetics starts with the thinking of more! So how we can use this effect out of the combination of wing shape and flight pattern? Let us do the same as the paper does. Start to abstract… Imagine you would use this energy conversion in a stationary system. What would happen? Here I show you some illustrations from the paper. 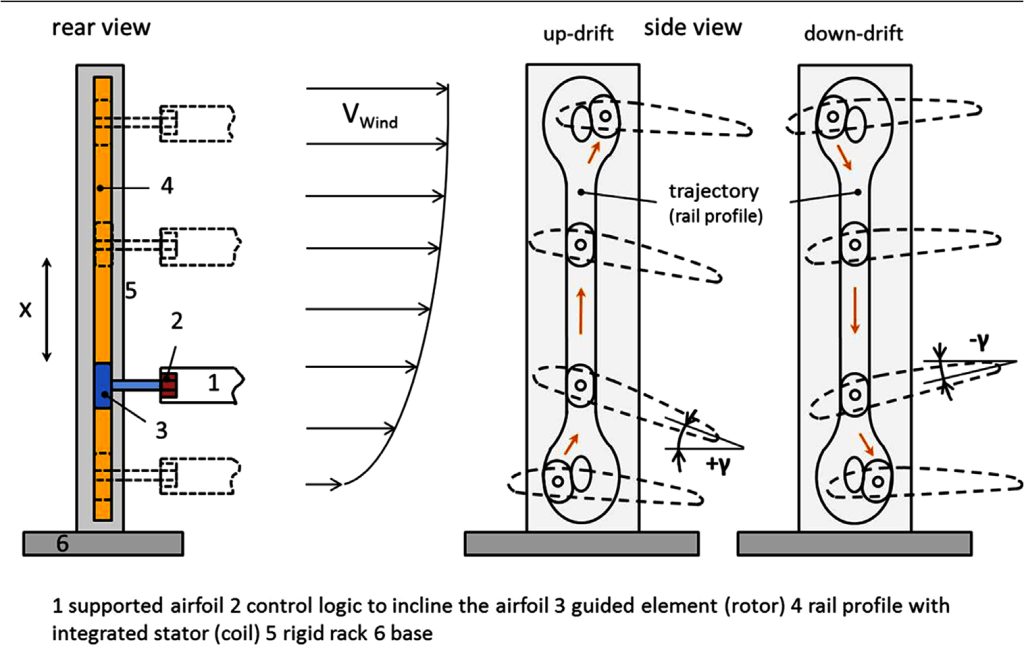 What you see here is nothing else than a possible setup for a generator that can use a velocity gradient to generate (maybe) electrical energy and all that is just based on the flight of the albatross. 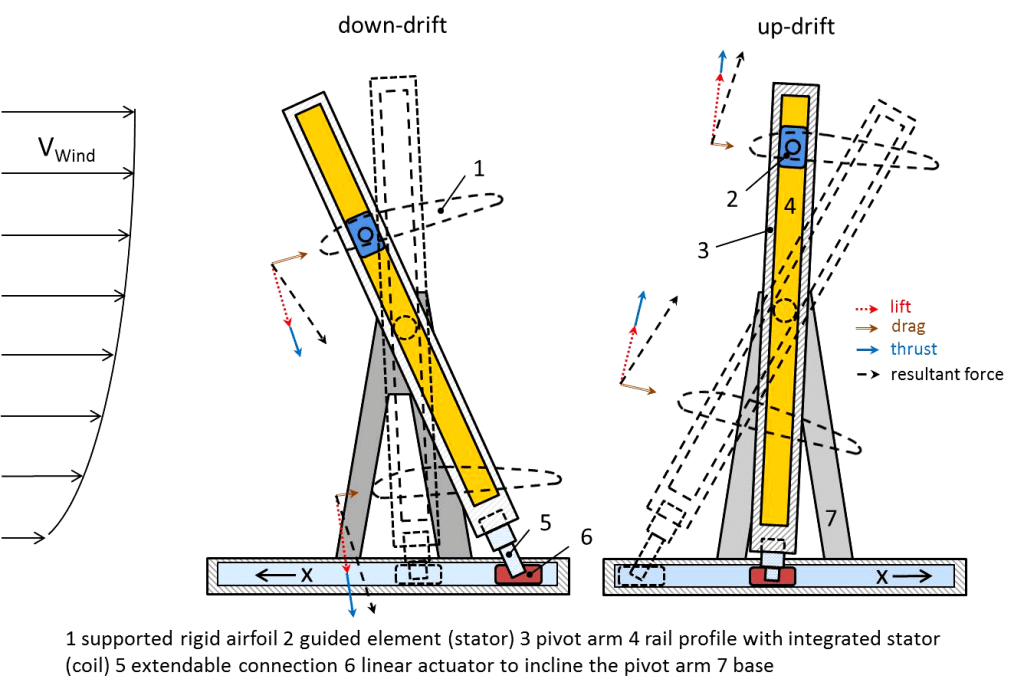 Okay, I hope the video, the pictures and the small explanations made you hungry for more, so that you read the paper or other sources that you will find at the end of the article.

But didn’t he talk about something about a floating turbine? Do you use this generator for a turbine!? How?
So, yes I’ve tried to use this mechanisms for my idea of a floating turbine, but in a completely other way that you might expect now. Again your imagination is needed. We now have a stationary system that converts kinetic energy into potential energy. Generating energy is not the only thing that you could do with it. What if you have a system that needs to be balanced in an environment of inhomogeneous streams, which also contains a velocity gradient? For that you need to understand how a velocity gradient is created and that is part of classic fluid dynamics.

Usually you have a pipe, where a fluid runs through. The diameter of that pipe has an influence on the velocity of the fluid inside it. If the pressure and fluid are the same you generate a higher volume flow inside the pipe when you increase its diameter. Why? The sidewalls of the pipe generate resistance against the flow. That means the highest velocity is in the middle of the stream. Now we open that system. You have a ground but nothing on top of the fluid stream. This case is similar to a river: The lowest velocity of the river is on the ground and the velocity increases with the distance to the ground. So the river surface has the highest velocity. The albatross uses the same phenomenon, only with air. The lowest wind velocity is right above the water and increases with the distance to it.

Assumed you want to stabilize an object in the water on a certain height to the ground, the energy conversion demonstrated by the albatross can be used for it. If you are getting to low –> change the angle of the “wings” to generate uplift, you are getting to high? Do the opposite way around. That combined with a device that monitors angle and the lie of the object in the river, you can build a self-sustaining balancing tool. In article series part III I’ll get back to that topic.

So I hope you enjoyed this trip of imagination engineering. I’m very thankful for the link from Günther Pfeifhofer. His master thesis was written before 2012 and his paper followed 2014. As you will see in the comparison to other references, he was one of the first who wrote about the technical applications of albatross mechanics and was followed by other groups of scientists.

So… see you next time with Part II. (penguins and why they can swim so damn fast)

(contains Dynamic Soaring: How the Wandering Albatross Can Fly for Free – IEEE Spectrum – 2013)