Since centuries, people living in areas with cold winters have been trying to economize the energy required to keep their homes warm. Traditional alpine houses were constructed in a way that the living area was above the barn where animals produced enough heat to warm up the ceiling for several degrees. This required much less additional heating in the first floor as if the house was set on cold soil.

Animals and plants do not have such technological advantages. In the course of evolution they had to develop different strategies to survive in ice cold temperatures, meters of snow and harsh winds. In this article I will focus on a reptile which lives in Alps and whose complex morphological and behavioural adaptations are its key for success.

This animal is the Common European adder (Vipera berus), a worldwide venomous species with the largest geographical distribution among all snakes. It can be found from the United Kingdom to the Pacific coast of Asia. They are found as far north as the Arctic Circle and as far south as the Mediterranean Sea [1]. Even though they are ectotherms (cold-blooded = their body temperature depends on the temperature of the surroundings) they inhabit high altitudes up to 2600 m [1]. In the wild they can live 10-15 years. In general, a female gives birth to 12 neonates which need 3 to 4 years to grow up. At adult age they can grow as long as 80 cm. The mass of male adders generally ranges between 50 to 70 grams, while the mass of females ranges from 80 to 100 grams [2].

The temperature regulation of snakes is managed through two different morphological adaptations. The first one is “coloration or melanism”. Individuals at higher altitudes are mostly darker than other adders of the same species living lower. The melanistic adder is completely black while his relative has a typical dark zig-zag pattern on a brighter basis. Black colour absorbs more visible and infrared light which results in faster heating and therefore lower predation costs and faster growth. The second adaptation are keeled scales. Keeled dorsal scales have mid-centered ridges and thus reduce shininess (lower reflectance). They contribute to structural strength and the animal’s overall camouflage. On the contrary, ventral scales are very wide and smooth and serve for locomotor performance (Figure 1). 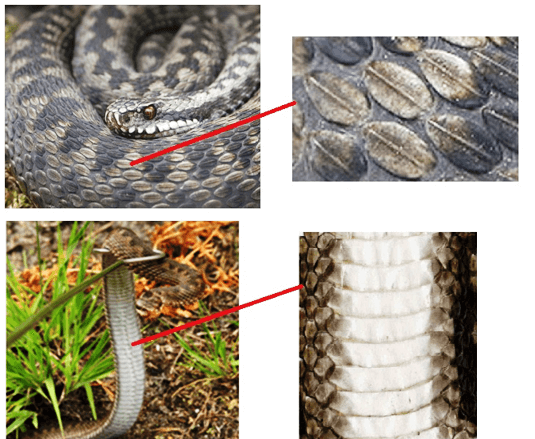 Figure 1: Keeled dorsal scales and smooth ventral scales. The first ones have a significant effect on heat transfer.

In order to survive, adders have developed a temperature-regulative behaviour through

It is worth to take a look at energy systems of living organisms from extreme environments because they have optimized adaptations for heat transfer. Adders offer much but honestly, behavioural adaptations are way too complicated to be transferred in our technology. Morphological solutions are much more useful because they are based on physical laws and keeled scales might be possble to be applied in technology.

The first generation of solar collectors is still widely used but their efficiency is low due to great thermal losses through the glass and backside insulation. Their thermal response is relatively slow and they perform even worse in cold period. At intermitted sunlight they are not able to heat up sufficiently. To reduce the losses, a glass surface could be keeled (inspired by the Common European adder) in order to reduce reflectance and therefore collect more light. To improve thermal response, pipes could flatten at lower temperature and contract with increasing temperature. 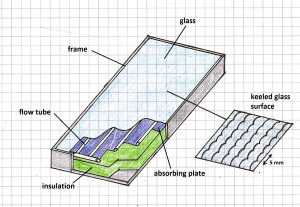 It may look like that such applications could improve the efficiency of current technology for some percents (or not even) due to reduced reflectance. But the question always arises in relation to production costs. Customizing the surface of the glass used for solar panels would increase the costs and the outcome might not be as cost-efficient as desired. Definitely, an expert’s opinion or a real experiment would tell much more. If not for us, it works very good for the adder!


Give and take – the success of natural symbiosis