The International Project Week in 2016 (IPW 2016) was the 18th of its kind at the University of Applied Science Nordhausen (UAS Ndh). But, it was the first time for me to participate. Actually, I had had the chance to do so before, just some years ago when I still studied there. My subject of choice was the renewable energy engineering. I was never able to be part of a project there, because of very rare engineering workshops. So I took my chance, now from the other side…

What is an IPW?

The IPW is an event during the summer semester at the UAS Ndh, where professors/lecturers or professionals, from all over the world, are invited to hold a project in their specific field of work. This year over 500 students, including 5 exchange students from Finland, participated in about 40 different project courses. The range of the projects included social science, business management, leadership trainings, engineering and also soft skills. Also there were 2 performance based projects: Basket Beat (music by using basket balls and body) and a theatrical performance.

Besides the project work, students had no other lectures during the week. In addition to their project lectures, they had up to 4 hours per day on schedule for group work.

The lecturers on the other side had a very nice side program every day! The entire IPW, including the side program, very nice diners and so much more, was organized by the university’s International Office. 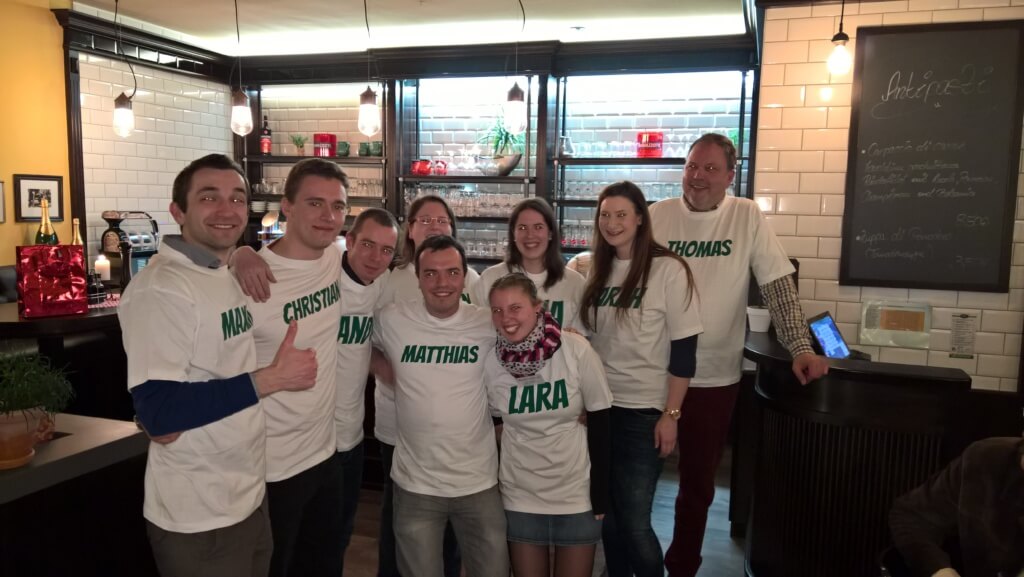 The Team! You earned the red eyes!

Dear reader, you saw it coming… Yes, I offered a course for engineers and surprisingly the topic was Biomimetics. It was kind of crash course, because the time frame for the project was more or less one day for the introduction and just 3 days for the project work itself. Friday was the date, where all projects had to show during a poster presentation session.

After the opening ceremony I entered the lecture hall. It was just 4 years ago, when I was there the last time, to give a presentation about mono crystalline photovoltaic modules. This time I went there not just for 30 minutes, instead I had to fill about 4 hours every day for the rest of the week.

I started with a longer introduction phase. It is very important that the students know each other and for me on which level I have to adjust my lecture. Surprisingly, the students had very different backgrounds, which made the whole week much more interesting.

The final part of the first day’s lecture was the introduction into the two main approaches of scientific work in Biomimetics. If you do not remember, here is a link. After that we discussed several examples, like the lotus effect or Velcro, using these two methods to get some practice. Then, I shocked my students (13, most in 2nd semester and some 6th). They got the task to choose their own topic, on which they would work for the rest of the week. A group work! Of course, it was tough. They had to choose very fast without a lot of information. But, after a longer discussing about several animals and mechanisms, the students could organize themselves into 3 groups.

Now they had to work. On the next day morning they had to give their first 10 minutes presentation. 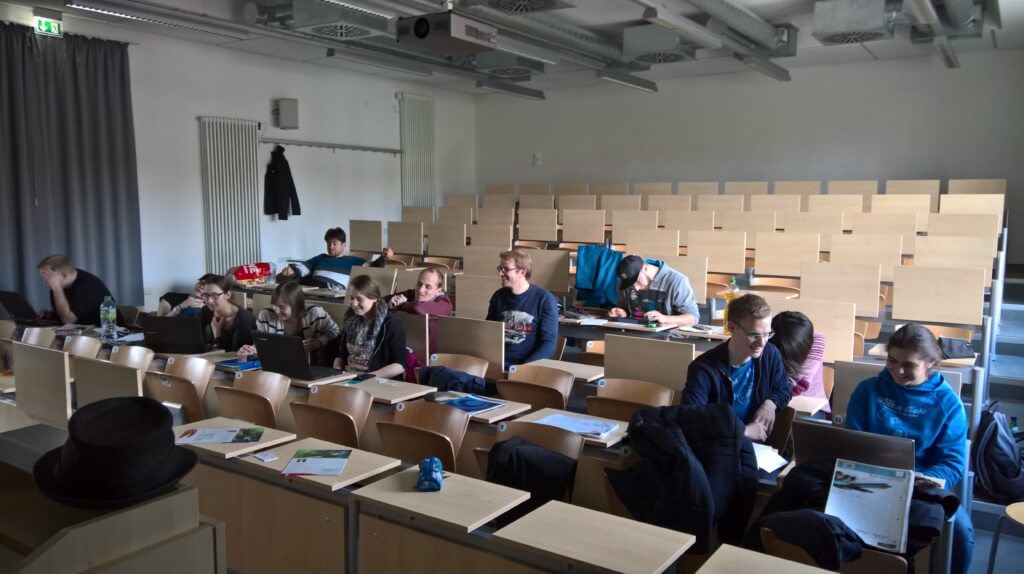 At that morning every group had to do a presentation about their topic. Each subject of research was on different stage of popularity. The Gecko Group had an easier start with their research for information than the Camel Group. I have to say, all groups did much more than I had expected! That was great work. They narrowed it down to a specific phenomenon (bees to honeycomb structures) and were discussing about it. It seemed that the ice was broken…

Honestly, as a lecturer I was seeking for signs, expressions or any other feedback. I felt like a wolf standing in front of a flock of sheep, but being vegan (at least during the lecture). 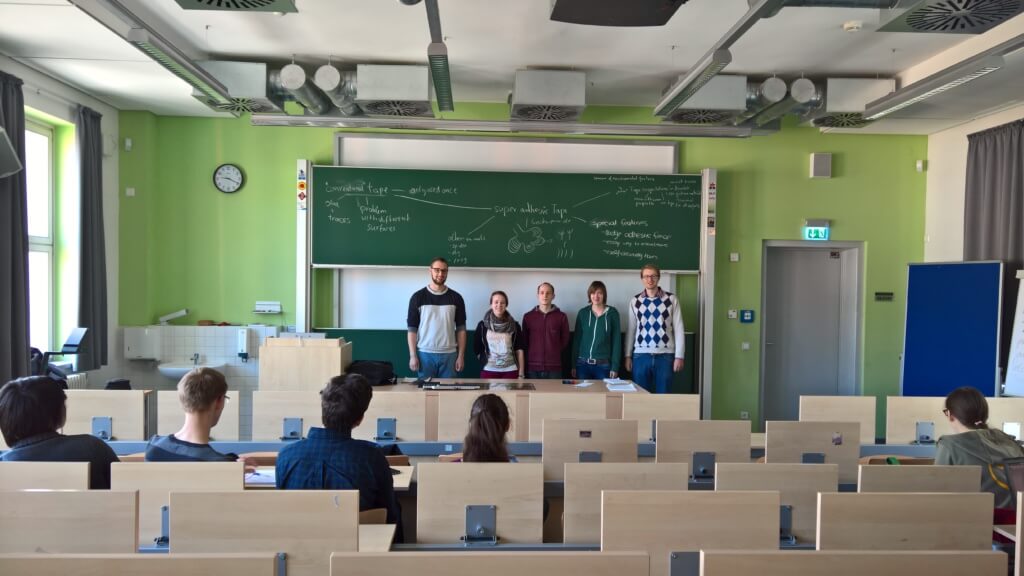 Out in the cold, I started the drawing session. The students got different samples with increasing complexity, but with decreasing time limits to draw it. They had to start with a daisy with a time limit of 2 minutes. It followed a tree, a bush and complex arrangement of petals and blossoms. The time limit decreased down to 30 seconds. After every round the sketches were compared and discussed starting with the drawer and his approach to make the sketch. Of course, the first pictures were not perfect or close to the sample, but with the ongoing process the sketches got better and better.

The final round was then a sample of choice and an unknown time limit. I stopped the time again at 2 minutes. At this point, I think, they got it and really understood the meaning of the drawing session. Nearly all sketches were very detailed and “main” principle oriented, independent of their opinion about their drawing skills.

Finishing the second day lecture, I tried to start a discussion about one of my favorite topics: the tree. I begun with fractal structures and self-similarity, passing by heat protection and talking about water pumping and water splitting. Maybe it was too early to start throwing ideas to the round. It took 2 more days till we reached the point of a more or less living discussion about life and its definition.

Looking for my concept for the week, I decided to change my whole plan for the next day. It took me several hours till the evening… Was that a good decision? You can read it next week in part two, where I finish day 3 and 4, followed by an overview about the general project concept.


The Camel – a living air conditioner