Many people fear spiders, because they have the reputation of being aggressive animals, only waiting for a chance to kill you. This is of course not true and on the contrary, once you start observing spiders you’ll find they have many fascinating qualities. Especially their highly adaptive silk with one of the toughest fibers not only found in nature but also in technical applications has fascinated humans for a long time now. According articles are frequently published and I don’t want to repeat the praise of the spider’s silk material. I want to direct your attention to the often overlooked fact that spiders are masters in fiber handling, especially when it comes to nanofibers!

Spiders can modify their silks’ properties during production, for example by changing their extraction speed. Some spiders use specialized combs for this extraction, like Theridiidae, Nesticidae, Pholcidae and Uloboridae [1-3]. Uloborids, however, bear another specialized comb, the calamistrum, processing nanofibers with a diameter of 10 to 30 nm [4]. As a reference: typical technical nanofibers have a diameter of 1000 nm. Already these “large” fibers bring along several problems during production and processing, limiting their area of application at the moment. Uloborids, however, seem to have no problem in producing and processing even smaller fibers. How do they master this task and what can we learn from these spiders?

The use of nanofibers in spiders

Uloborids, and about 9% of all other spiders, belong to the cribellate spiders. The majority of spiders, so-called ecribellate spiders, use viscous silk droplets as glue to capture prey [5, 6]. Cribellate spiders on the contrary use a wool of nanofibers [7]. It has long been suggested that prey is restrained only by entanglement in the cribellate fibers, by van der Waals forces (the ones used by the gecko: http://www.blogionik.org/gecko-feet-applications/) and in some species, also by hygroscopic forces [8, 9]. A recent study of mine showed that actually the predominant adhesive of this nanofibrous wool is the absorption of a viscous waxy layer covering all insects [7]. So cribellate spiders use a layer originally protecting their prey from desiccation as a component of their glue… I don’t think this tactic will favor the reputation of spiders.

How spiders produce and process nanofibers

Not only Uloborids but all cribellate spiders produce, process, and some even handle nanofibers to form complex capture threads. Some species process more than 40,000 single fibers and three different silk types into one functional capture thread. Breaking down the organization of this thread, one silk type is used to produce the basal, stabilizing thread. This supporting thread is surrounded by a sheet of nanofibers, which are connected to the stabilizing thread in periodically distances by the third type of silk [4].

Such a complex interweaving of fibers in the nanometer scale involves a highly coordinated movement of the spinnerets (spinnerets are digitate appendages at the belly of spiders, staffed with the spigots from which the fibers emerge). So the spider is comparable to a miniature sewing machine and uses its movable spinnerets to darn in the nanofibrous sheet to the stabilizing fibers (but using only one sewing thread). This is highly interesting for a biomimetic transfer, as the transfer of this process would enable humans to connect nanofibers permanently to supporting fibers. Such supporting fibers are already used in the fabrication of nanofibers to make their handling easier, but without a permanent connection, nanofibers often adhere (due to van der Waals forces) better to the processing tool than to the supporting fibers.

But what function has the previously mentioned comb? Actually, the calamistrum has no vital function in the assembly of the thread, but in the processing of the nanofibers. In fact, these spiders are not only able to sew nanofibers to a stabilizing core fiber, but they process the nanofibers during thread production. Therefore, they brush the calamistrum repetitively over the extracted nanofibers. It is still elusive what exactly happens when the calamistrum comes in contact with the nanofibers. A recent study has excluded electrostatic charging of the fibers by triboelectrification [10]. Probably higher traction forces lead to a curling of fibers, either by a modification on protein level or by a mechanism similar to the one observed in curling ribbons after being pulled over scissors. It would be very interesting for a biomimetic transfer to understand how these spiders process nanofibers, as this is not possible with technical nanofibres to date.

This is just a brief outline of the abilities of cribellate spiders. Many more interesting facets have to be analyzed. In my opinion we can learn a lot from these animals and transfer this knowledge to technical nanofiber production and handling. At least, they have learnt to handle small scale fibers for more than 145 million years [11] and we’ve just recently started to understand the peculiarities and benefits when utilizing nano-materials.


The Current State of Biomimetics in Austria

Part 3: Where to study Biomimetics in Europe? 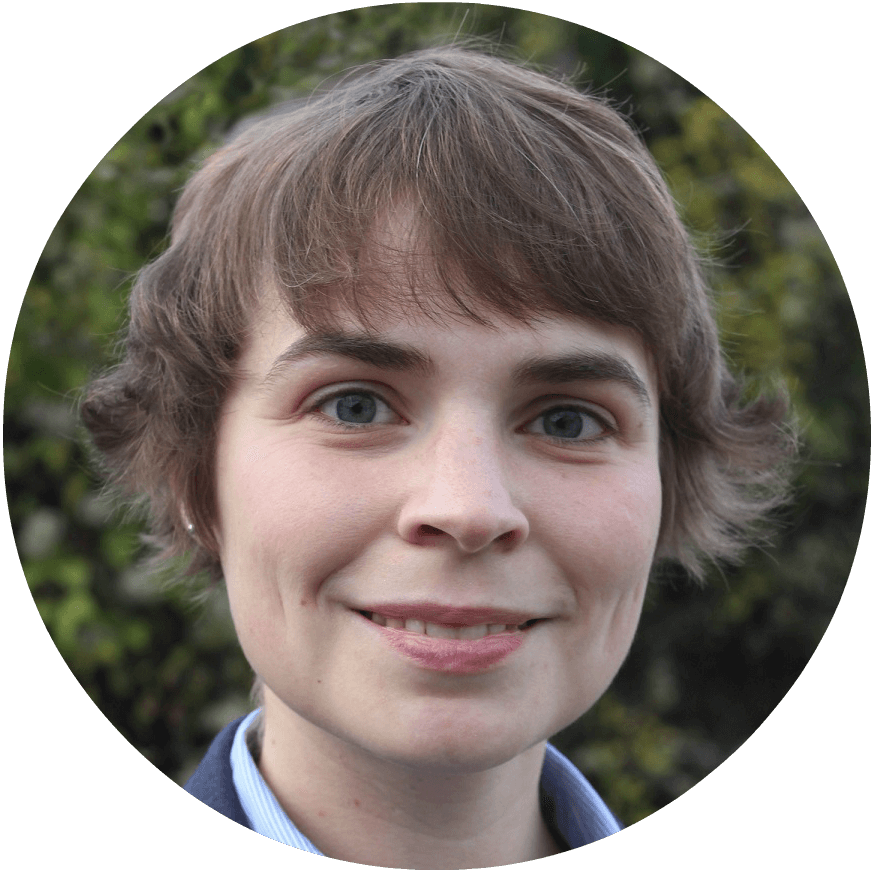 Hello, I am Anna-Christin Joel, a biologist with special interest in functional morphology and biomimetics. At the moment, I am working as a postdoctoral researcher at the Unit for Developmental Biology and Morphology of Animals the RWTH Aachen University as well as the Institute for Biomimetics at the Westphalian University of Applied Science. The focus of my study is on cribellate spiders, but I am working also on other topics related to functional morphology.

What are natural synthetic fibers?