Flying is something that has been occupying the human’s mind since always. That is why we think it is an appropriate and interesting theme for our next monthly session.

Numerous legends tell stories about people using birdlike wings and trying to fly by jumping from a cliff. The Greek legend of Daedalus and Icarus is one of them. At that time, the physical concept of uplift was not yet understood, and such attempts often ended in serious injuries or death. Only in the Renaissance, a more scientific approach to flying has begun. Leonardo da Vinci studied bird flight, analyzing it and anticipating many principles of aerodynamics. He wrote about and sketched many designs for flying machines and mechanisms, including ornithopters (an aircraft that flies by flapping it wings), fixed-wing gliders, rotorcrafts and parachutes. From da Vinci’s era on, numerous interesting designs of man-powered aircrafts exist, but due to their impracticality the development then turned towards controlled gliding flight. 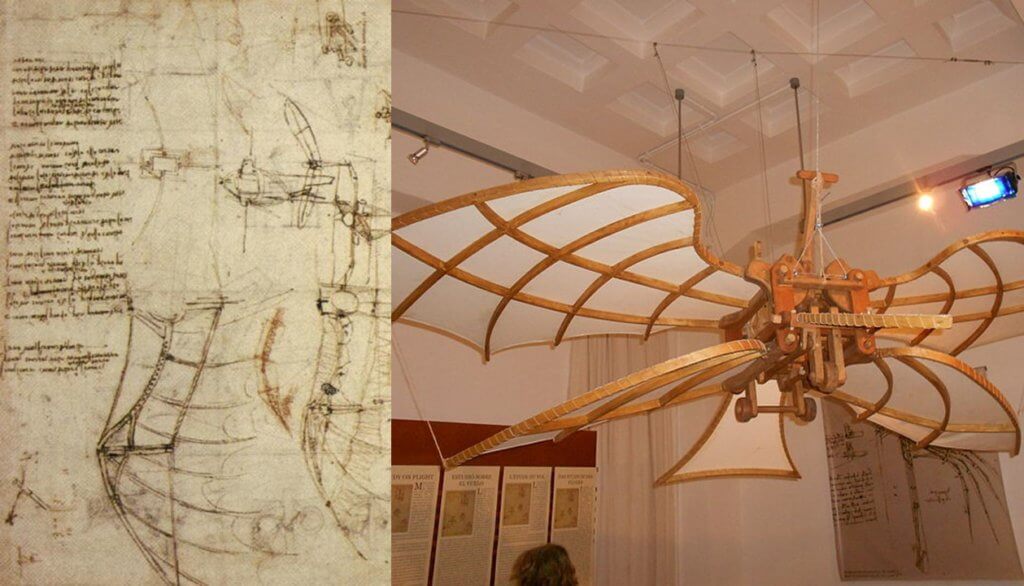 Figure 1: One of Leonardo da Vinci’s design of a man-powered flying device [Wiki]

Which way did nature take to evolve flight?

Numerous animals have evolved aerial locomotion, either by powered flight or by gliding. Flight has evolved in insects, pterosaurs (flying reptiles), birds and bats, while gliding, on the other side, evolved in many different taxa, independent from each other – mainly among the rainforest animals, helping them to get from one tree to another [2].

You may already have guesses, what is the difference between flying and gliding from an energetic point of view. It is the power required for locomotion. In general, animal aerial locomotion is divided into two categories – powered and unpowered. In powered flight, muscular power is used to generate aerodynamic forces, meaning that an animal can maintain a steady and long flight as long as its muscles are capable of doing so. On the other hand, in unpowered modes of locomotion, the animal uses aerodynamic forces exerted on the body due to wind or falling through the air, but cannot maintain altitude and speed due to unopposed drag.

In one of our upcoming articles, you can read about the “flying snake”. It is actually a gliding snake, which starts its movement from a raised location, converting potential into kinetic energy and using aerodynamic forces to control trajectory and angle of descent. Logically, the energy during such a glide is continually lost to drag, therefore the snake’s flight is limited by range and duration.

Another interesting example of unpowered flight is soaring, and the albatross is a master of it. Also this will be a main topic of one of the following articles. Soaring is a long-lasting glide, enabled by external aerodynamic sources of energy (wind and rising thermals = columns of rising air). The albatross can travel thousands of kilometers without flapping its wings only by using energy of thermals. Such gliding requires specific physiological and morphological adaptations – the albatross’ wing span of 3.5 m makes it possible to reach an altitude of 100 m without expending energy [3].

As already mentioned, powered flight requires the energy of muscles to generate aerodynamic forces and replace energy lost due to drag. To get a reference, what this practically means for different species, another article of this theme session will explain energetic requirements for flight, based on the size and weight of the animal. 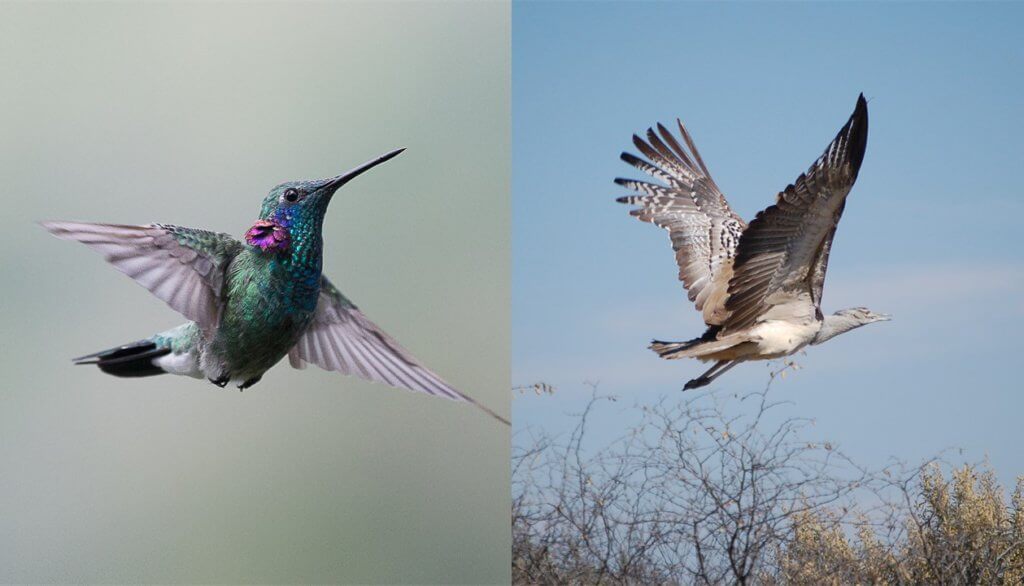 After centuries of development, people are now able to fly over long distances in a very short time, simply by sitting in a plane, powered by huge amounts of fuel. Despite all the knowledge and optimization processes, modern flight is energetically still very inefficient and far away from such as nature designed. Of course, the shape of an airplane resembles the shape of a bird and some bird-like features already improved the flying efficiency, but no aircraft is powered by flapping wings. This is an important fact – we developed aircrafts to transport people and other heavy loads, but nature evolved flapping wings flight so that one single organism can move and travel over long distances.. Such constant cycles of acceleration and deceleration requires and even wastes huge amounts of energy. But for birds, wing flapping is a highly efficient means of propulsion. And exactly that question puzzles scientists today by developing more efficient bird-like flyers [4].

Dynamic soaring – flight of the albatross